I am currently working with a small group who are proofing the manuscript of Snow. In a few short weeks it will be ready for final revisions. At which point, it is just a question of choosing a date for release.

I am considering June, in order to hopefully take advantage of the possibility of good weather, since I feel it would be great to hold the book launch outdoors. Of course, here in Norway there is very little guarantee of good weather, even in the summer. Fingers crossed on that one!

Blood in the Snow is the second instalment of the Guardian series, and follows on shortly after the end of Blood in the Sand.

Philip Entwhistle grapples with the very serious dilemma of revealing his secret to his new girlfriend, the powerful witch, Fern. If he tells her all, will it destroy the relationship before it even has a chance to really begin?

But his hand is forced and he makes a full confession, including his failure with Jinny, the elemental creature that he swore to protect.

I will say no more on the topic. Suffice to say, a certain amount of something hits the fan, and Philip and Fern are drawn into a race against time to save her father's life, defeat an ancient evil and prevent a civil war that would be the ultimate downfall of two species. 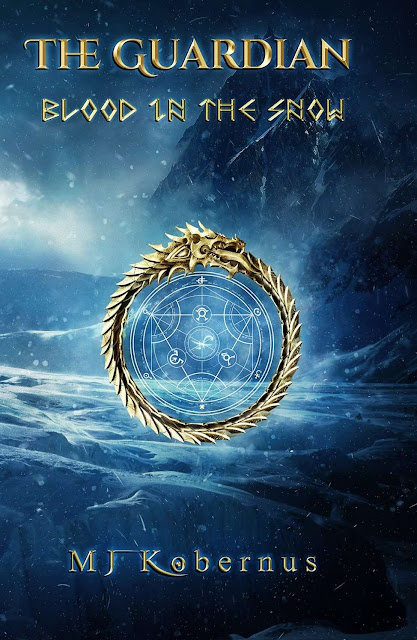