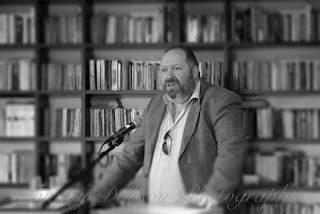 MJ Kobernus is an Anglo/American writer and environmentalist. For the last 20 or so years, he has been living in the wilds of Norway. However, in a recent fit of madness, he has decided that it might be nice to have sunlight in his life. Consequently, he has sold his skis and bought some sandals with the idea of moving somewhere warm.

MJ Kobernus combines Philosophical and Spiritual elements within Fantasy, while exploring the darker side of the human psyche.

He has authored many short stories, some of which appear in print or online. Other than that, he has numerous novels, and a whole bunch of scientific articles.

MJ has lived off the grid in a sailboat with his family, including two toddlers.