Hot off the press

I like to experiment with different ways to be 'seen' by the wider world. I have tried many forums, peer review sites, platforms for sharing writing (wattpad and others) and just about anything that I find.

Some months back, I published two short stories for free on Smashwords. They got a modicum of attention, with over 700 downloads between them. Not bad, I suppose. But they did not lead to any sales of my novel, so while my 'name' may be slightly better known, it did not really do anything for me.

I have just received a contract to convert my short story, Salvage, into an audio drama. This will be professionally made, with voice actors, sound effects and so on.
It is quite and exciting idea, and I look forward to hearing it.
So, I just wanted to share that, but also stress that self promotion works, even when it does not appear to be doing anything. The more you have 'out there' the better a chance someone has of finding you.
You hardly need to be Confucius to figure that out, but hey.... 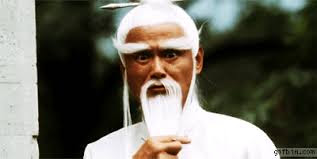